The National meeting, chaired by Corinne Nabavi, heard presentations on International Trade in the wake of the BREXIT decision. Representatives from HMRC and DIT reported on progress during the BREXIT process whilst ACITA members heard the European Perspective on BREXIT and FTA's from Yves Melin. Gary Horlick briefed members the on US perspective of FTAs.  Jeremy White updated members on the more 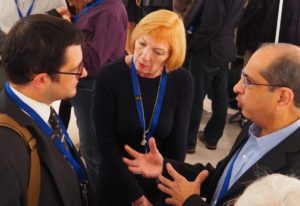 practical BREXIT issues which was followed by a panel discussion answering member's questions.

The key points from each presentation are highlighted below together with links to presentations, where available. 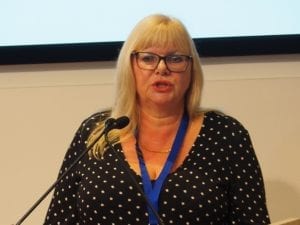 Stella is Programme Director for CDS, which will replace CHIEF. Questions or suggestions regarding CDS can be emailed to Stella or her colleague Grahame Pepper at   declarationservices.customs@hmrc.gsi.gov.uk.  Alternatively call HMRC's central helpline and questions will be passed to Stella. 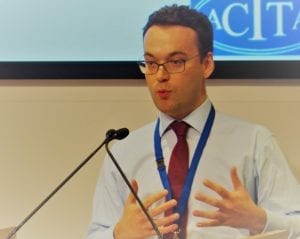 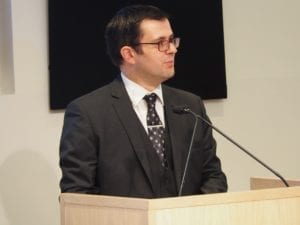 US Free Trade Agreements (no slides) 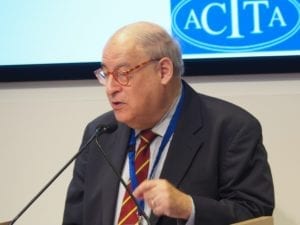 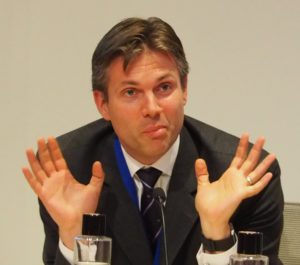 The EU has an FTA with approximately 70 countries, some took many years to negotiate.

The EU is moving into a new era of protectionism, which is reflected in the way that member states and the Commission act.

One benefit of BREXIT to the UK is that it would aid protectionism. For example a case just has to be made to the UK Government rather than be agreed by the EU.

As it takes too long to negotiate new FTA’s the best strategy is to renegotiate within the EU because:

Whilst it would be possible to negotiate individual FTAs on the current basis there will be significant problems with the Rules of Origin, which would no longer be 'protected' by the EU and will particularly hit SMEs but also some large companies.

There are also many practical issues, for example the French farmers would be against an agreement that allows British produce equal access to their markets.

Politically there is no way the UK could rejoin the EU. One simple reason is, following BREXIT, the EU will be able to implement decisions which the UK opposed.

Anti-dumping disputes will still be resolved in Geneva. 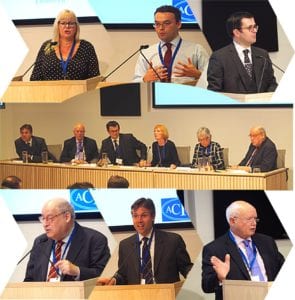 The Panel discussion was chaired by Corinne Nabavi, third from the right in the panel pictire

Q   In the event of a “no deal” – does the UK have a fallback position i.e. so that business doesn’t come to a grinding halt?

Q   Is there a possibility of an alternative i.e. reverse Brexit and remain in the EU?

Q   Authorised Operators?  Different companies have different rules – could the UK put themselves up as a pilot?

Q   If there isn’t a border with Northern Ireland?

Q   David – you asked for questions/assistance, are departments speaking to each other?

Q   If there is “no deal”, should the UK simplify and go to 6 digit tariff codes?

Corinne asked if any members had any preference for speakers at the next meeting in March 21st 2018 to please contact the Secretariat or a Committee member. The meeting was concluded.